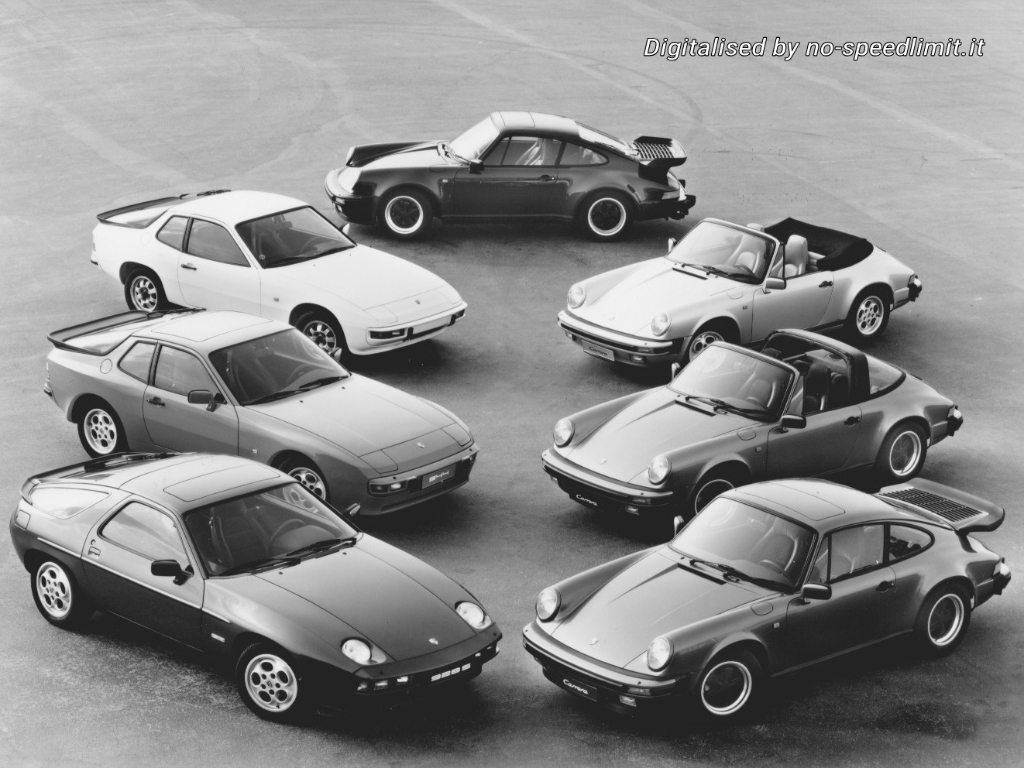 Here below you can find a general description of the cars presented at the Geneva Motor Show and dedicated sections for each model of the 1985 Model Year. Enjoy!.


New Porsches have a tradition at the Motor Show in Geneva. The Porsche 928 debuted in the Swiss diplomatic city, and the Porsche 911 Cabrio was also shown to the general public for the first time in Geneva. In 1985 the Stuttgart sports car manufacturer once again enriched this important public exhibition with a world first: the 245 km / h, 220 hp (162 kW) Porsche 944 Turbo was presented as one of the highlights of this year's salon.

The Porsche 944 Turbo, which is now the top model in the four-cylinder transaxle series, is a technical innovation that offers the same performance with and without a catalytic converter.

The existing Stuttgart-Zuffenhausen models also have many new features. The Porsche 944 too has been redesigned especially thoroughly. The 220 km / h top-seller since production began in 1982, over 60,000 units have already been built, now has newly styled rims, a petrol tank enlarged from 66 liters to 80 liters and, as an important safety measure, anti-intrusions planks in the doors. In addition to numerous other improvements, the fuel-efficient four-cylinder model has a completely redesigned interior and new seats.

The model update was also quite intensive for the classic six-cylinder models from Porsche. The most eye-catching feature is the newly developed seat generation, which sets new standards in terms of comfort and safety and which is also used in the eight-cylinder model 928 S. The electrically adjustable seats can be supplied with heating on request. Further maintenance measures: a high-performance window antenna, an optional central locking system, a more powerful alternator and a switching path that has been shortened by ten percent.