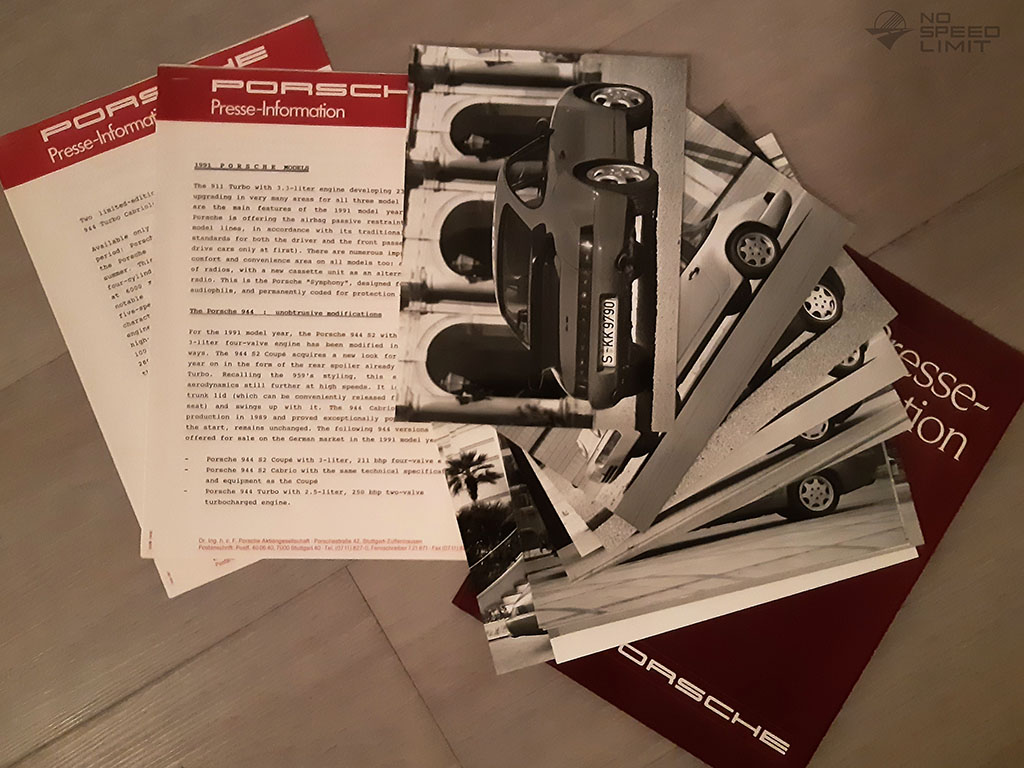 The 911 Turbo with 3.3-liter engine developing 235 kW (320 bhp), upgrading in very many areas for all three model lines - these the main features of the 1991 model year. In addition, Porsche is offering the airbag passive restraint system on all model lines, in accordance with its traditionally high safety standards for both the driver and the front passenger (left hand drive cars only at first). There are numerous improvements in the comfort and convenience area on all models too: a greater choice of radios, with a new cassette unit as an alternative to the CD radio. This is the Porsche "Symphony", designed for the demanding audiophile, and permanently coded for protection against theft. 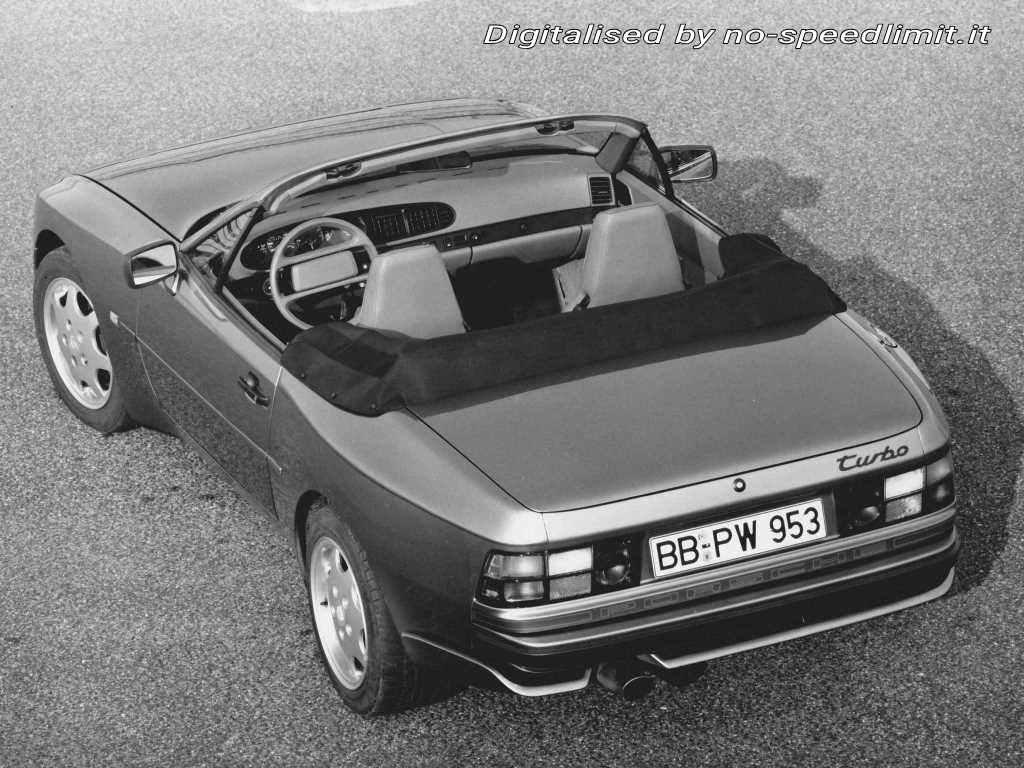 Available only as a limited edition and for a limited limited number of period: Porsche will be building a now and the the Porsche 944 Turbo Cabriolet between summer. This car will be driven by the racing-tested four-cylinder turbo engine developing 184 kW (250 bhp) 6000 min-1 and bringing its maximum torque of a notable 350 Nm at 4000 min-1 onto the road via a five-speed gearbox fitted as standard. With its as characteristic silhouette and the refined 2.5 liter engine, the 944 Turbo Cabriolet is a truly exclusive high-performance car: its vital statistics of 0 to 100 km/h in only 5.9 seconds and a top speed of 260 km/h provide an enticing preview of the sheer power this car holds in reserve.

One feature that is especially in keeping with an engine with ultra-modern electronic management technology is the even power flow from well down the speed range. Its suspension system with an emphasis on high dimensions of the brake system with ABS as standard and active safety, the correspondingly large the wider wheels are the same as those used on the 944 Turbo Coupé. The exclusive appeal of this limited- edition convertible is completed by its particularly wide standard specification. In addition to the limited-slip differential and electrically-operated soft top, automatic the 944 Turbo Cabriolet is fitted with air conditioning, a Symphony radio and headlight cleaning system.

The 944 Turbo Cabriolet represents the exclusive way to experience open-top driving at its most enjoyable. 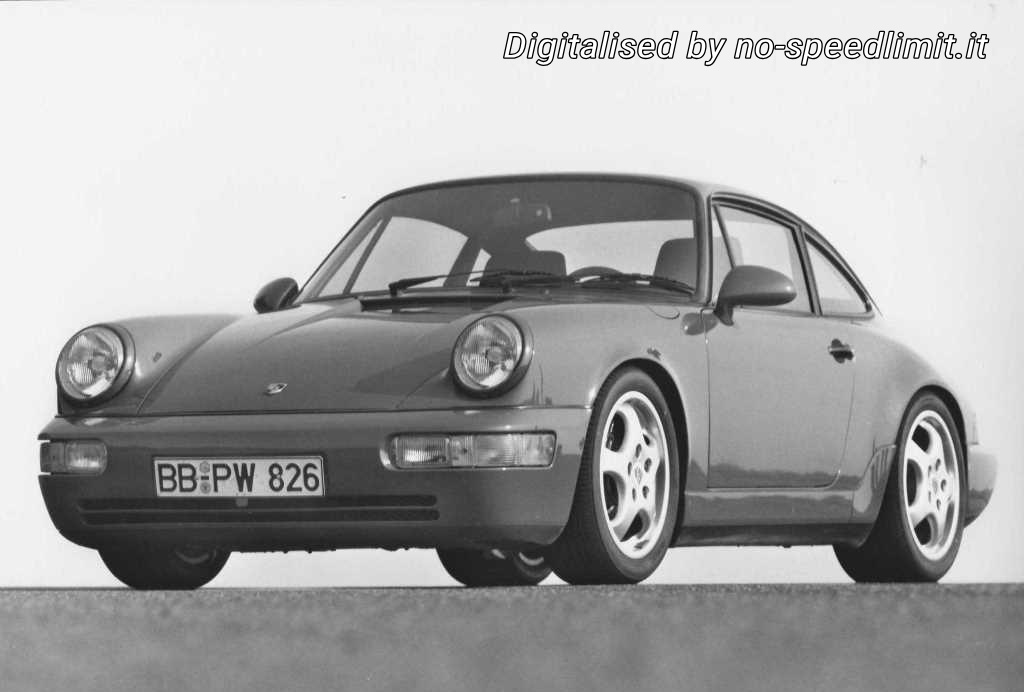 At Porsche, the letters RS traditionally signal light, fact impressively high-performance sports models, underlined by the now legendary Porsche 911 Carrera RS a 2.7 and 3.0 models which were built in the early Seventies.

From summer 1991 on, the Porsche 911 Carrera RS will once again be featuring on Porsche's production lines at its Zuffenhausen plant in Stuttgart. This limited-edition sports model is based on the 911 Carrera 2, as entered in the Carrera Cup. Its breathtaking performance is derived from the high-traction, efficient 3.6 liter flat-six* engine, the Cup version of which develops 191 kW (260 bhp), and it is naturally fitted with a metal catalytic converter.

The principal race-inspired feature of the new Carrera RS its significantly lower weight. The sports version weighs in at 1,240 kg, some ten percent lighter than the Carrera 2. This remarkable weight reduction has been achieved primarily by avoiding non-essential deluxe equipment such as electric window lifts, the alarm system, air conditioning, rear seats, insulating materials, electric seat adjustment and power steering.

The combination of lower weight and slightly higher performance has produced the effect of even swifter acceleration (0 to 100 km/h in 5.4 s, top speed 260 km/h). The suspension too has been modified. The body is set 40 millimeters lower, with firmer spring and shock absorber settings, and the 911 Turbo brake system is adopted. Larger, wider wheels (7.5 x 17 with 205/50 ZR 17 tyres, 9 J x 17 at rear with 255/40 ZR 17 tyres) complete the list of suspension modifications.

A production run of some 2,000 units is planned; the of 1,000 models required for Group N/GT type total approval will have been reached by the end of 1991. Active enthusiasts of sports driving will therefore have access to a highly promising Group N/GT racing car from 1992 on.

* Author's note: there is a gross mistake in the original brochure ... it is reported as "flat-four". 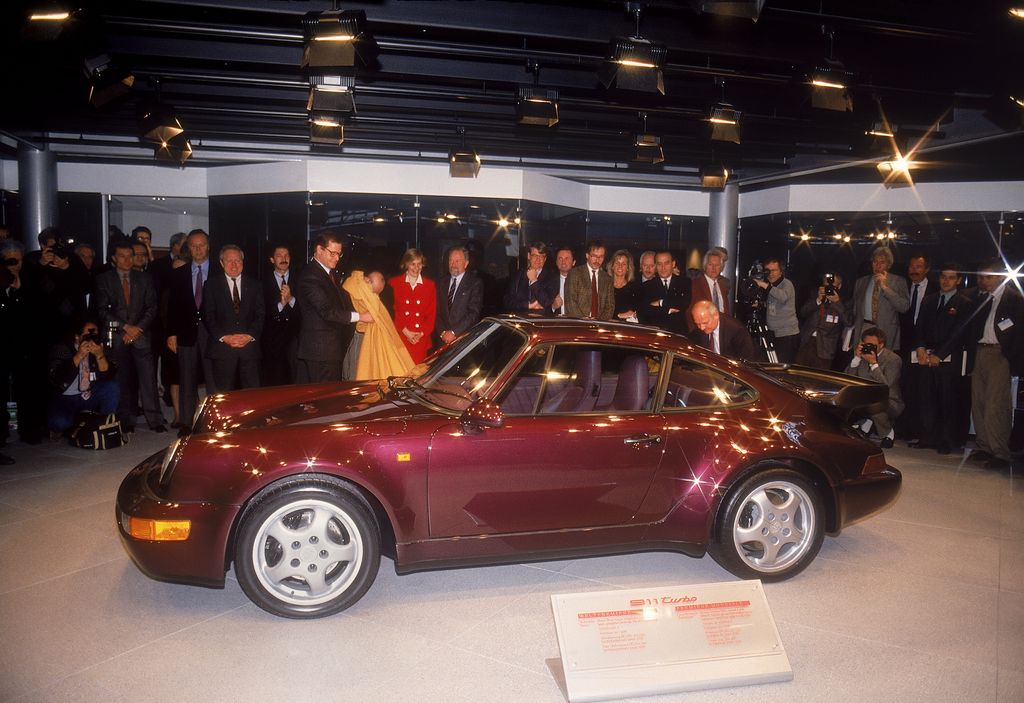 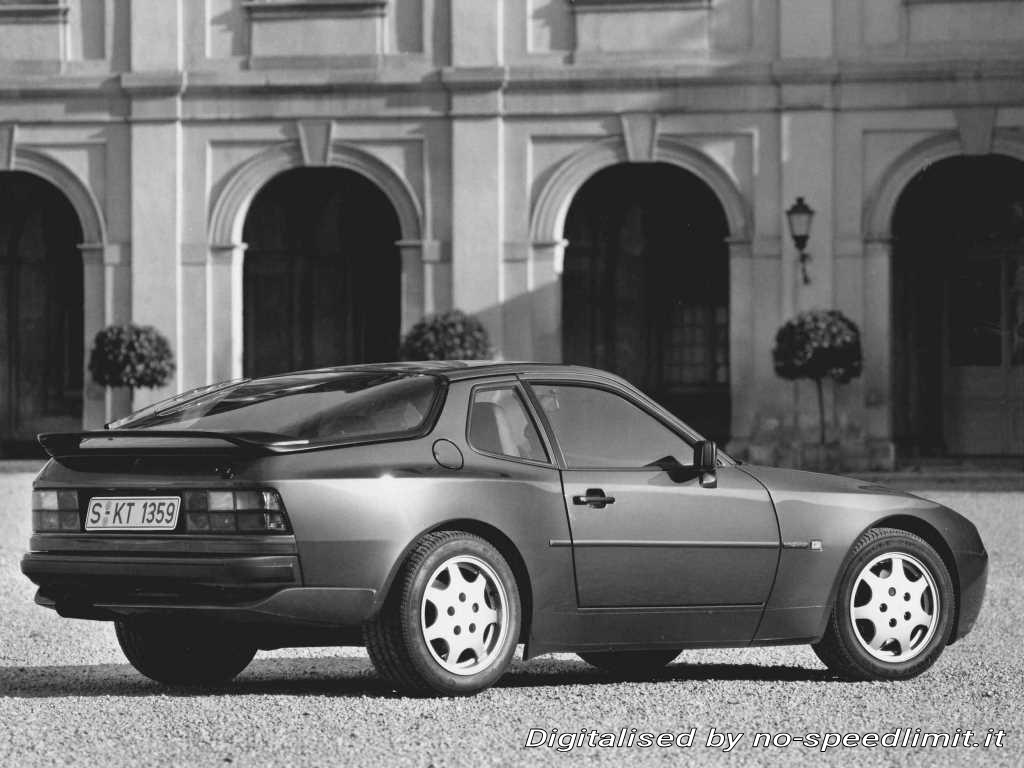 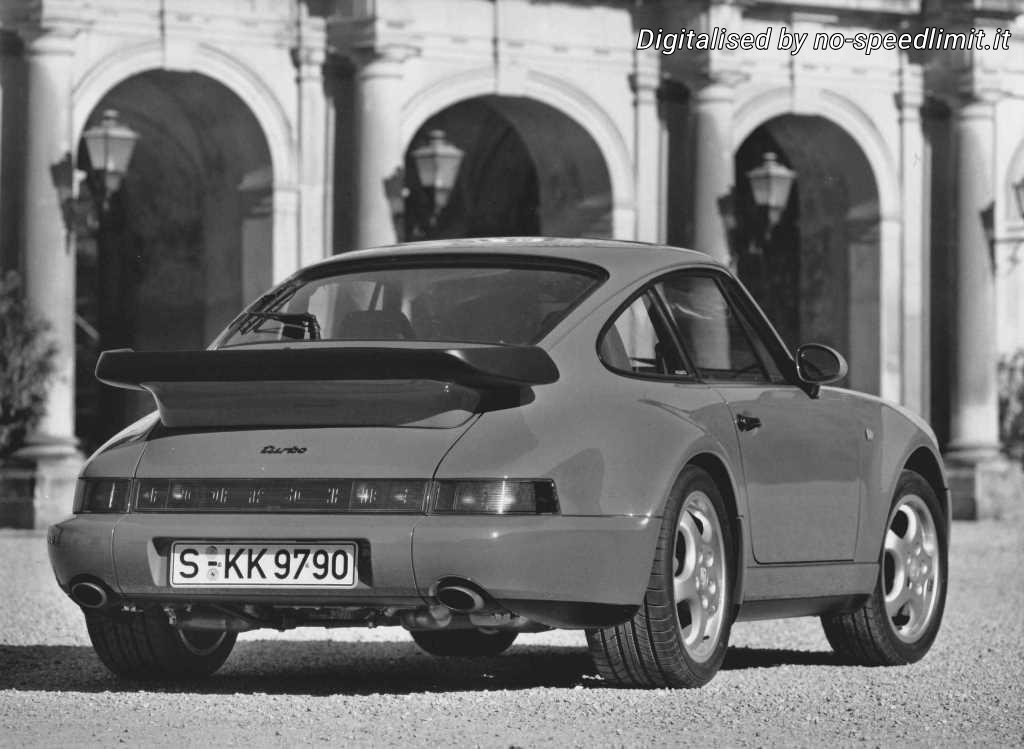 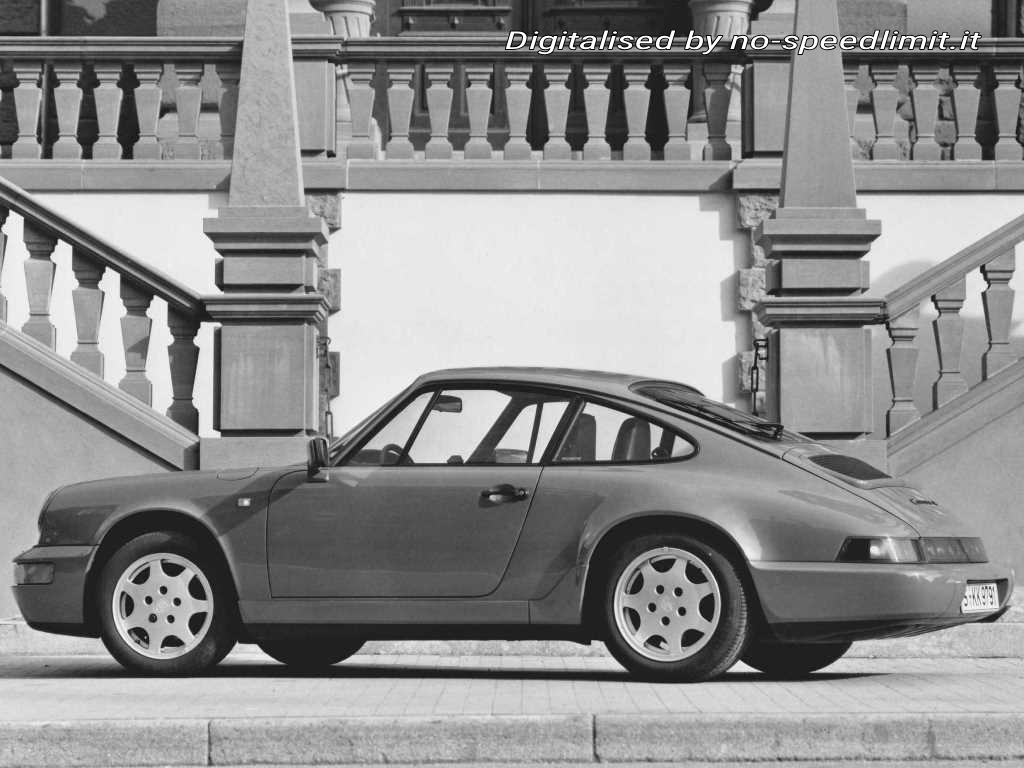 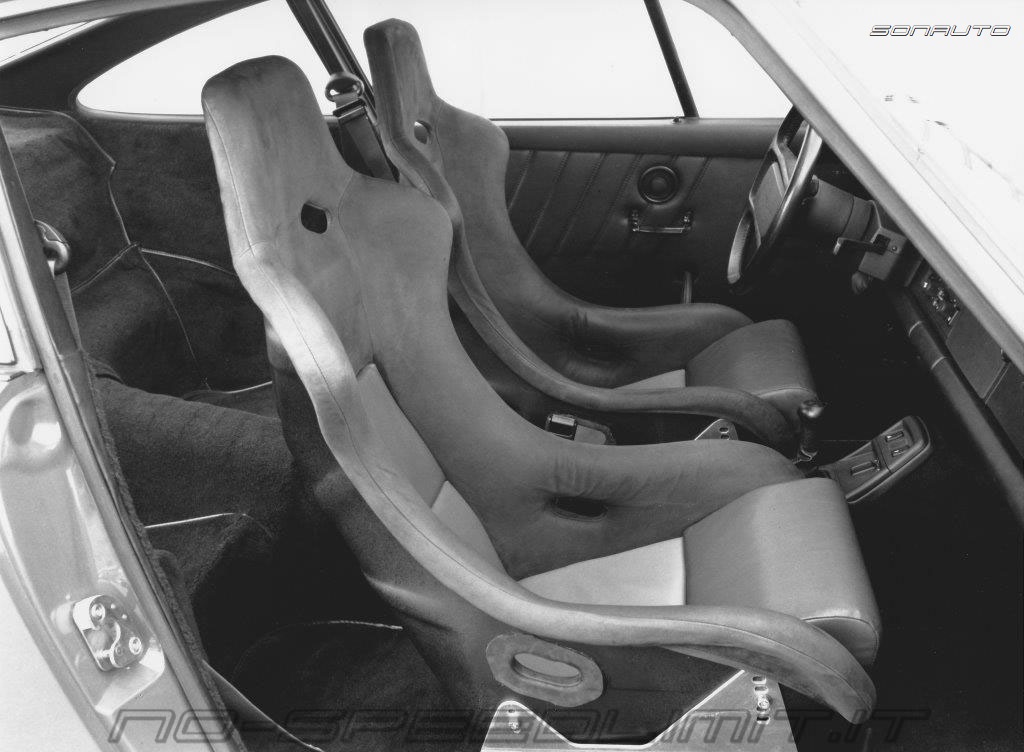 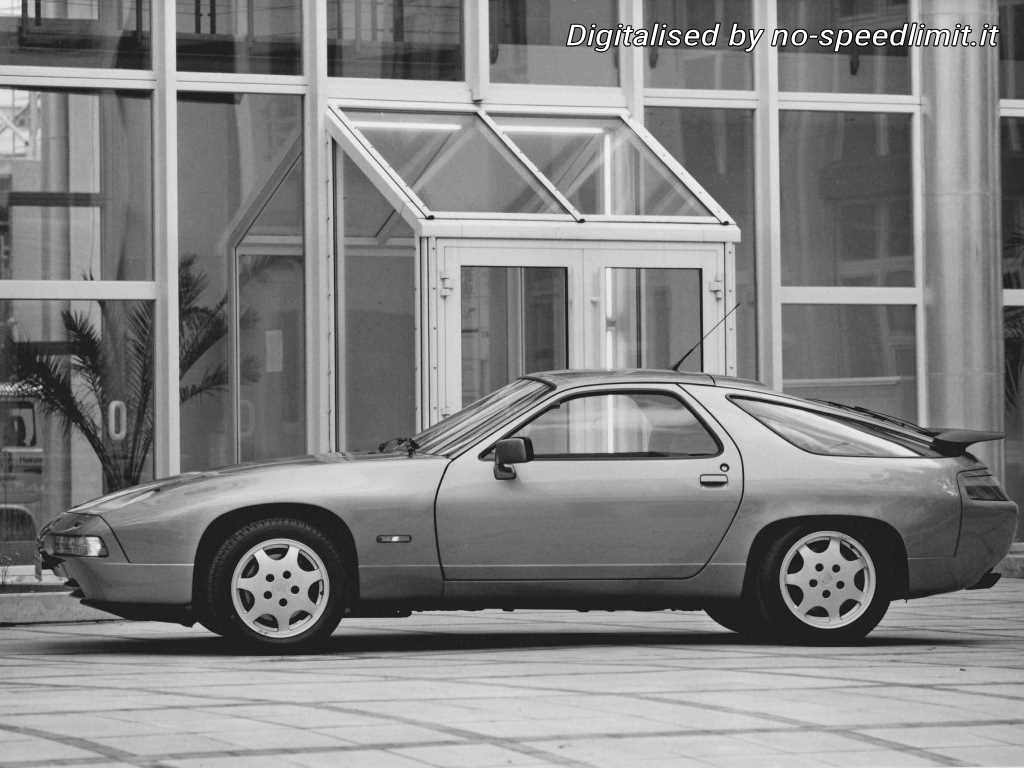