Porsche Know-How for the Entire Industry

„We Develop New Products for Customers the World Over“ 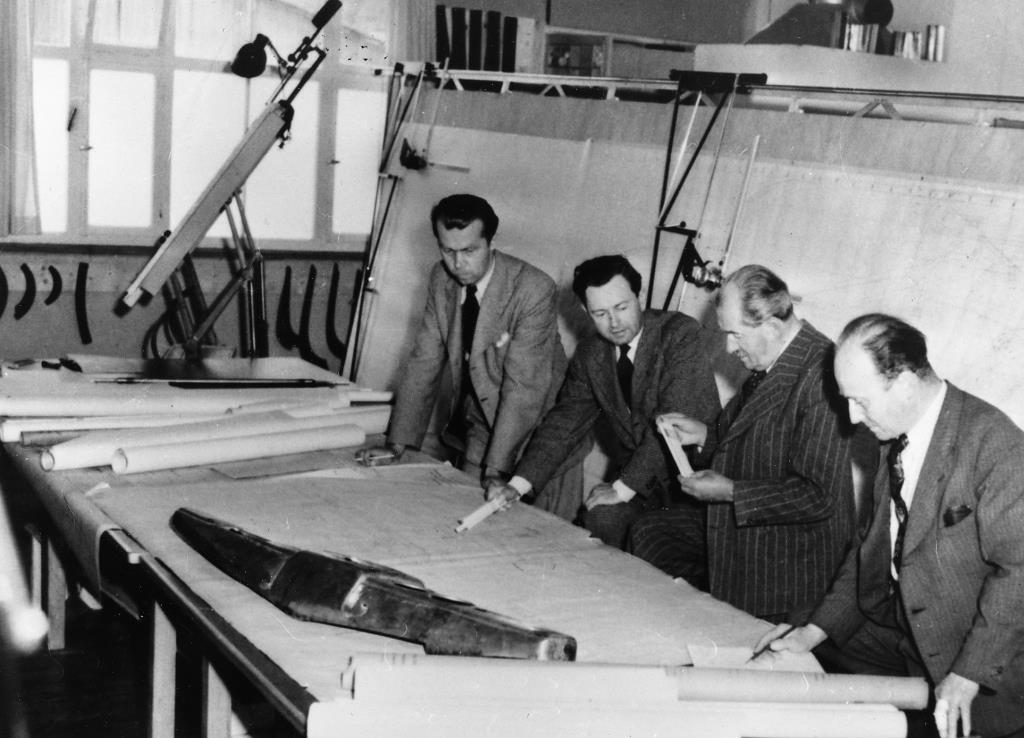 „There’s a piece of Weissach in nearly every car“, say Porsche’s engineers with a touch of pride in their voice. Still, long before the current Research and Development Centre in Weissach even came into being, Porsche was already solving development problems for external customers in the automotive industry.

When in the Austrian town of Gmünd „Old No 1“, the very first Porsche 356 sports car, entered the world 50 years ago, Ferry Porsche was already working together with his father’s engineers and technicians on development assignments for industrial clients. It was precisely for this purpose that Ferdinand Porsche senior had established his engineering office in Kronenstrasse in Stuttgart back in 1931. Immediately after the war, however, Porsche’s development team made a living on rather unspectacular jobs, designing ski bindings and winches or machines for cutting turf into briquettes. However, Porsche also carried out development assignments for Volkswagen, designing and building an interim transmission, a dense fuel engine and, finally, even a diesel engine for the famous Beetle. And from Italy the Company received the order to develop the famous Cisitalia racing car, creating a design far ahead of its times. 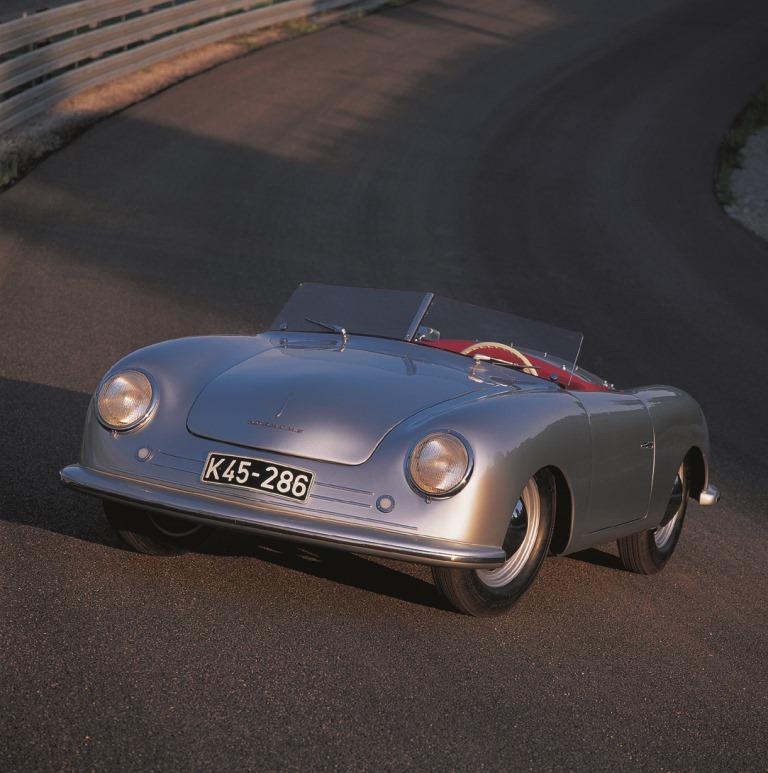 After the Company returned to Stuttgart-Zuffenhausen activities started out on a rather low, modest level. To begin with, round about the year 1950, the almost empty Stuttgart- Heilbronn autobahn as well as the roads around Stuttgart served as a testing area. Benefitting from the rather sparse traffic back then, Porsche’s engineers tried out in practice what their colleagues in Zuffenhausen had designed and built for the road. But then traffic started to become denser and denser, extreme driving tests on public roads presenting increasing problems. While as of 1953 a small airport nearby served for certain driving tests, the facility was simply too small and did not offer the right conditions, the runways, for example, being absolutely flat and not with the usual curvature of the surface from left to right, like a normal road. So Porsche realised around 1954/55 that the only way to solve the problem in the long run was to build an in-house, private test area allowing the engineers and drivers to try out all kinds of situations on the road without the public watching. And eventually they found exactly the right area between the villages of Weissach and Flacht in the County of Böblingen. On 29 January 1960 Helmuth Bott, at the time one of Porsche’s test engineers, defined the Weissach Project in a memo full of drawings. Indeed, it was Bott who put his own personal stamp on all phases of the development in Weissach, testing cars on the skid pad as a test engineer, supervising operations on the road circuits as the chief tester, and finally overseeing the process of his entire crew moving to Weissach in his position as the Company’s Chief Development Engineer. From 1978 to 1988 Professor Helmuth Bott then became the Board Member for Research and Development of Porsche AG. 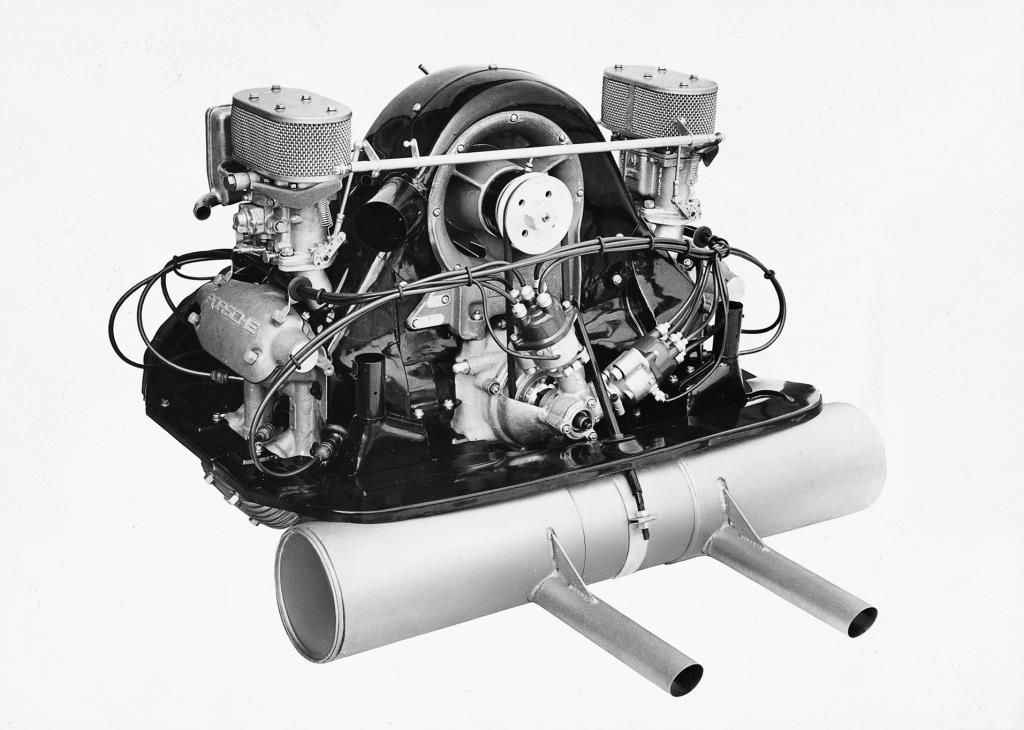 The initial concept soon developed into a realistic project fully endorsed by management. So on 16 October 1961 Ferry Porsche broke the ground on the test track with a bulldozer and exactly one year later the access roads and skid pad were opened for use by the Company.

The Development Division responsible for design, construction and testing was still in Stuttgart-Zuffenhausen, but was growing faster than the production plant as such. With the premises in Zuffenhausen already fully occupied, the only option for Development was soon to move to Weissach, too. And indeed, some of the test tracks were not even ready when, in February 1969, construction of the Development Centre started. In summer 1971, more than a quarter of a century ago, the Development Division then began moving from Zuffenhausen to their new address which, at the time, was the most advanced and modern test centre in the world. One of the departments that also moved to Weissach was the Emission Testing Unit with dynamometers and rolling roads in a position even then to handle speeds of up to 160 km/h or almost 100 mph. And even back then exhaust emissions went straight from the car to analysis units in the control room. Endurance and long-distance tests were controlled via punch cards and pneumatic cylinders by an „automatic driver“ pressing down the accelerator, brake and clutch pedals, and shifting ears, according to specific, predetermined driving cycles. 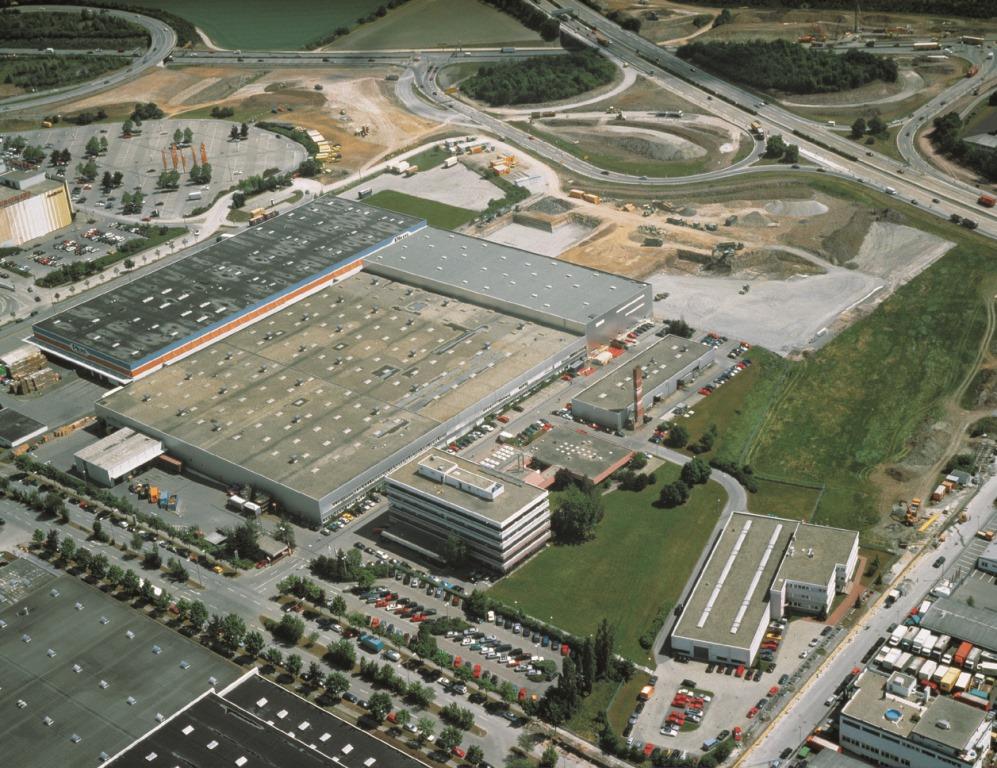 Research to the benefit of the environment

Three years later, following the test areas, workshops and laboratories, the office buildings within the Research and Development Centre were also opened for use by the Company, allowing Porsche to concentrate all development activities and functions in Weissach within an organisation complying in full with all the requirements at the time. Even so, the Company realised even back then that this was only a provisional stage of development. The next significant expansion of the facilities in Weissach was due in 1981, with Porsche’s own engineers as well as development customers in the world automotive industry demanding larger capacities for measuring and optimising exhaust emissions. The Environmental Protection Measuring Centre with its own, absolutely self-sufficient test facility and a test area of 5,500 square metres with brand-new test rigs was therefore opened in late autumn 1982. Controlled by microprocessors, modern exhaust emission dynamometers serve here to measure the actual driving resistance of the vehicle consistently and with lasting precision, thus ensuring statistically proven, reproducible results in accordance with the US City and Highway Tests, the European Test, Japanese Test or other test cycles. A steel climate/pressure chamber allows the engineers and researchers to carry out exhaust emission and fuel consumption tests as well as many other development trials under a broad range of climate and altitude conditions. A particular point worth mentioning here is that the Weissach Research and Development Centre was the first facility of its kind authorised by the US authorities to conduct exhaust emission tests with certificates for US imports.

It was precisely for this reason, in consideration of the high standard of exhaust emission research at Porsche’s Research and Development Centre, that Audi, BMW, Mercedes-Benz, Volkswagen and Porsche decided to establish their joint Exhaust Emission Centre of the Automobile Industry opened in January 1996 in Weissach.

Customers have lauded Weissach time and again as the „Mecca of technical progress“. And indeed, the Weissach Research and Development Centre offers an incomparable range of advanced technology supported by specialists in virtually all areas, allowing manufacturers and customers alike to turn their dreams, visions and innovative ideas into reality. Especially for customer developments and specific production assignments, Porsche has furthermore established Porsche Engineering Services (PES) allowing a saving of up to one-third in terms of both manpower and test facilities and thus ensuring cost benefits the Company passes on in full to its customers. PES’s unique range of services comprises the systematic development of complete components and modules such as engines, transmissions, chassis or safety systems and extends all the way to the production of complete vehicles or even small model series. Indeed, Porsche is the only company worldwide able to develop complete vehicles on behalf of the customer – and Porsche intends to further promote such customer-specific production activities through the development and production of high-tech vehicles for other companies. Customer development and production will therefore remain a significant strategic activity with Porsche also in future.

Porsche Engineering Services, the subsidiary of the same name in the USA, also renders important services in the market, in particular in the development of lightweight steel projects such as ULSAB (Ultra-Light Steel Auto Body). Demand for development services is also increasing significantly in Asia, particularly in Korea and China. And Porsche is furthermore able to offer customers the benefits provided by Porsche Engineering Services GmbH (PES) in the town of Bietigheim-Bissingen near Stuttgart, a subsidiary established in 1995 in order to expand the Company’s capacity and make working hours more flexible. The main areas covered by this subsidiary are design and construction services on the bodyshell and mechanical systems, while Porsche Engineering Services also sees interesting potentials in future for the development of niche products on behalf of other automobile manufacturers.

Excellent quality all round

In 1994 Porsche became the world’s first carmaker to fulfill the international ISO 9001 quality standard in the area of customer development. Together with the new DIN standard, this ensures much simpler procedures in the market, all products requiring homologation now only having to be checked and verified in their country of production to comply in full with the requirements of all EU member states. 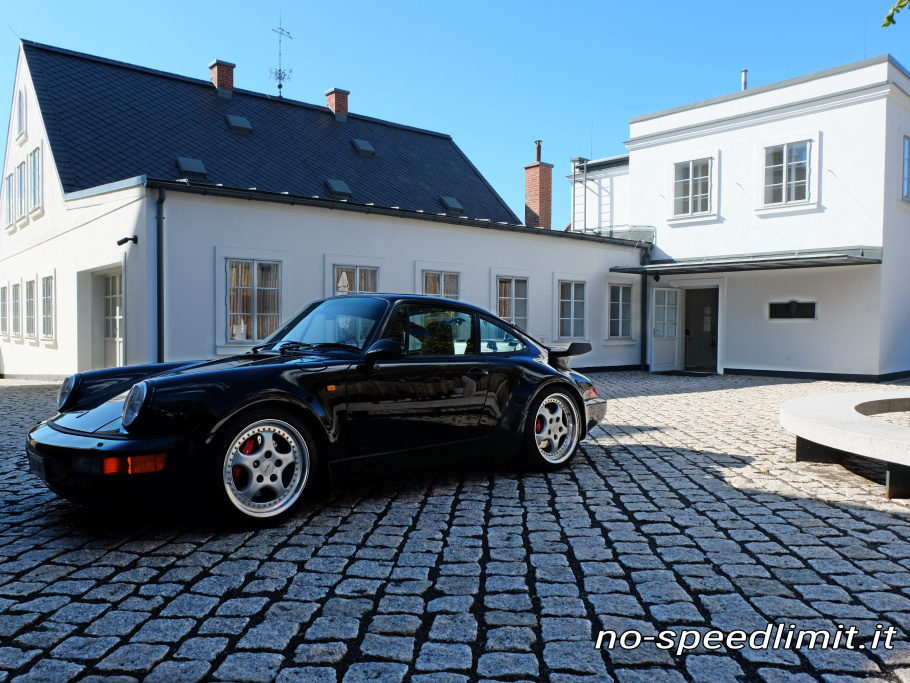 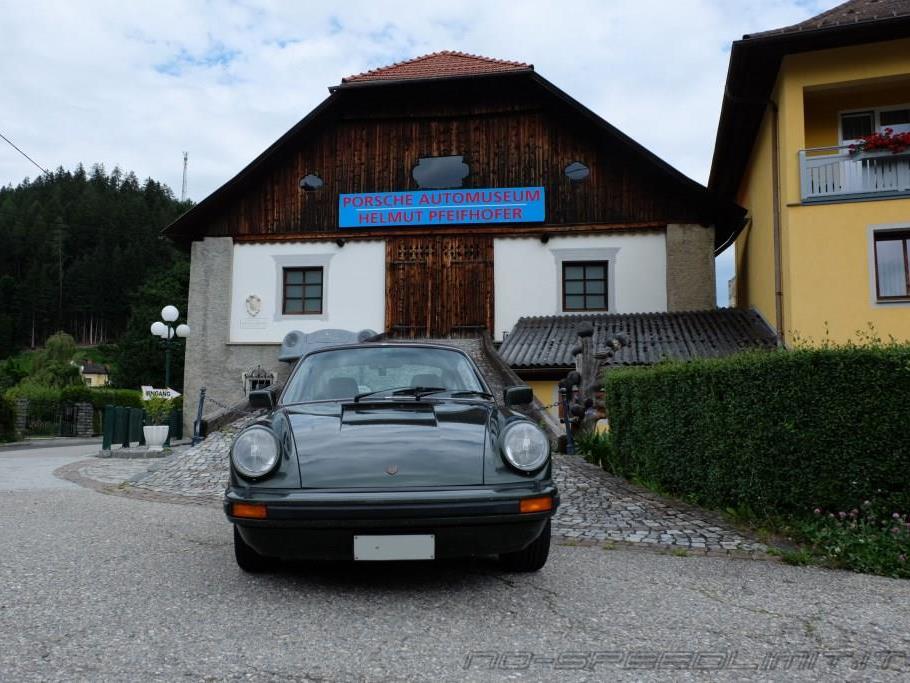