Small sports roadsters, Walter Junior S and Walter Junior SS, made their mark on the history of Czechoslovak car races in the 1930s. They were Fiat Ballila sports cars produced under licence, wereby the SS version differed from the S version only by a more powerful engine.

These cars raced in all three Czechoslovak 1000 Mile races. In 1933, three Junior S cars entered the race and with one of them, Jindřich Knapp ended in outstanding second place in overall classification. In the following year, eight Junior SS cars entered the race. They all finished, whereby the best ended second in its class and sixth in overall classification. In 1935, the start of two Juniors SS did not end well: one did not finish due to a malfunction and the second met with a tragic acciden. The car exhibited here almost certainly participated in one of the Czechoslovak 1000 Mile races but so far, we have not been able to match it with particular drivers. 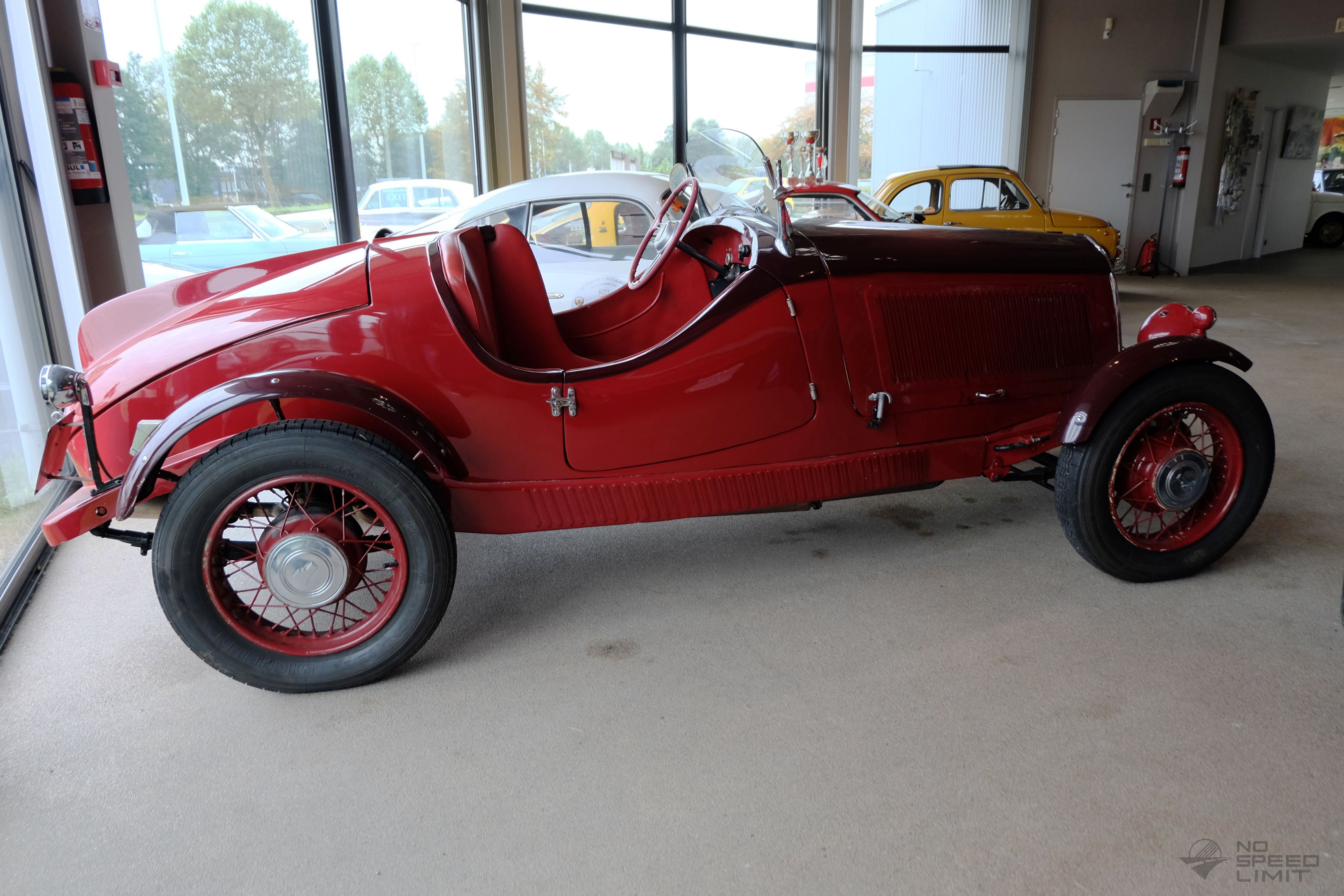