In early October 1926, a total of 126 Salmson cars were registered in Czechoslovakia. They were offered in several tipes, had 4 cylinders engine of capacity up to 1.1 liter and most were touring 4 seaters. The brand, however, became famous thanks to two-seat sports cars, some of which achieved considerable success in Czechoslovak motorsport, thanks to its sophisticated mechanics, boasting DOHC distribution ... kind of exotic for these times!

The car exhibited here probably did not compete during the interwar period. It was purchased in 1930 purely for enjoyment by Ing. Karel Vaníček, a clerk from Prague, and was probably used for spirited drives by her owners.

It was a second-hand car and by the time he bought it, it had already racked up 18.000 km. Still, Vaníček never sold his car and on Christmas 1962, he gave it to his son, who still uses this wonderfully preserved car.

Sports car with a water-cooled four-stroke four-cylinder DOHC engine located lengthwise behind the front axle and with a rear-wheel drive without differential. Engine displacement 1086 cc, output 22 kw (30 hp) (other sources give 19/25 resp.). Maximum speed 115 (or 120, according to others) km/h. Brakes: mechanical; with pedal on front wheels and on the right rear; hand-brake on left rear wheel. Producer: Société des Moteurs Salmson (SMS), Billancourt, France. 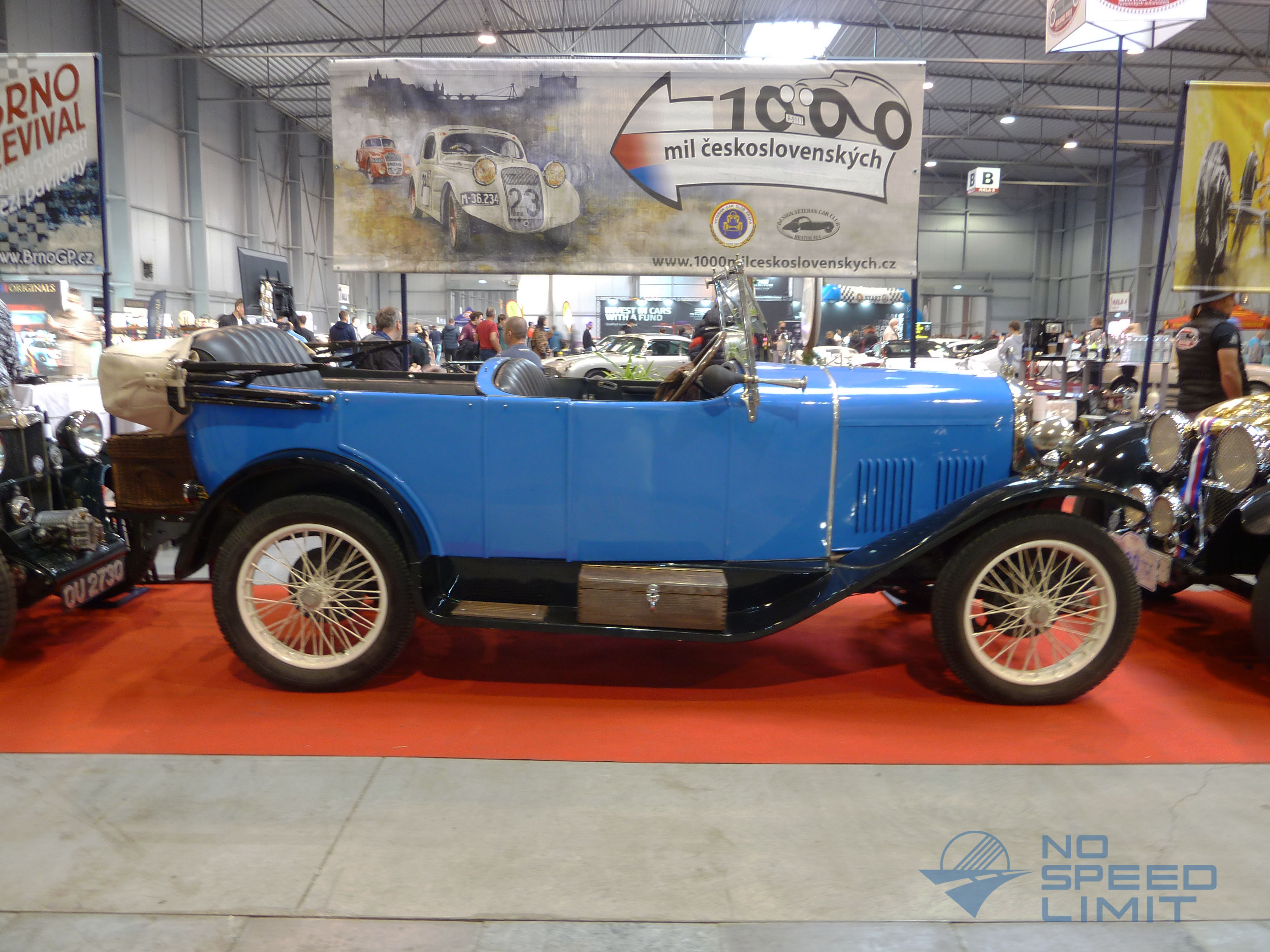