Forty Years of the Porsche 911: First Experience in Motorsport 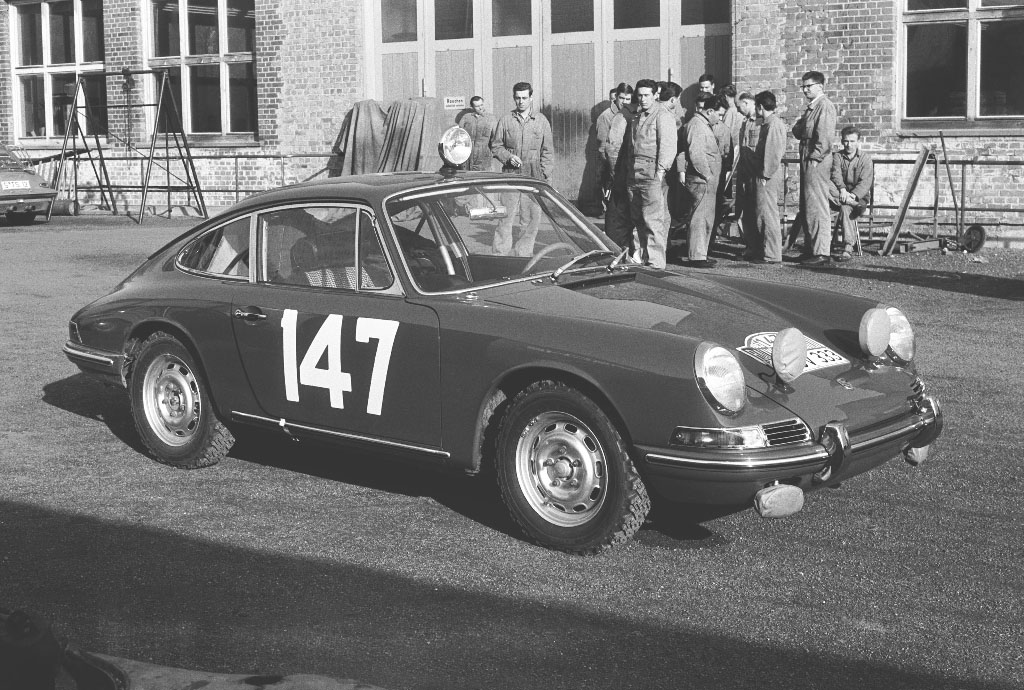 Forty Years of the Porsche 911 – First Experience in Motorsport

Porsche started production of the 911 back in 1964. One of the first series models is to be admired in the Porsche Museum in grey paintwork with a red interior, a 130 bhp, 1991 cc power unit, and unladen weight of 1080 kg (2381 lb). This car also has a special story to tell, being the very first Porsche 911 ever entered in motorsport: Herbert Linge/Peter Falk (D), two Porsche engineers, raced this very car in the Monte Carlo Rally in January 1965, finishing fifth overall.

Technical modification of the car for racing was really modest: “Instead of the Solex carburettors we fitted triple Webers", states Peter Falk. Later to become Porsche's Racing Director, Falk was responsible at the time in vehicle testing primarily for suspension and chassis development. Additional headlights were fitted on the car and a kind of predecessor to modern intercom systems. Falk: “I spoke into a thick plastic tube leading straight into Herbert's helmet – and believe it or not, the system worked perfectly." This, in fact, was a good thing, since Falk had a lot to say, the team having practised in advance in the Alpes Maritimes, compiling their own special roadbook.

An interesting point is that initially not even Huschke von Hanstein, Porsche's Racing Director at the time, took the matter seriously. Says Peter Falk: “Huschke nevertheless wanted the press to take note of the new Porsche at the start in Bad Homburg." And Herbert Linge adds: “Although he didn't say so, Huschke hoped that we would make it to Monte Carlo and then drive all the way up to Count Rainier. He simply wanted to have the pictures, without really caring about our final result. All the experts thought that only Scandinavian drivers would be able to drive the car fast on snow, anyway."

And in 1965 there was lots of snow in the Monte Carlo Rally – more than ever before or probably ever after. So whilst the long drive to Monte Carlo went more or less according to plan, the teams were literally smothered by snow when things became really serious on the big circuit. Peter Falk: “The going really got tough in Chambéry. There was hardly any way we could make it. We even took the wrong direction". But being a real strategist, Falk know what to do: “We found the time checkpoint at the end of the special trial with the help of a compass – and nobody was able to follow us." Looking back at the Rally, Peter Falk still has to smile today: During part of the race we were in third place – and that really made them wonder, those Scandinavians!"

The 60 fastest cars ultimately qualified for the grande finale, the “Night of Long Knives". Which naturally also meant Linge/Falk and a second works Porsche, a 904 with Eugen Böhringer and Rolf Wütherich forming a strong team. Shortly before the end of the race, the two Porsche teams were still really close. “But prior to the last special trials Böhringer had the last set of the (then) legendary Hakkapeliitta tyres fitted on his Porsche", states Falk today. Those tyres from Finland were extremely slender and full of spikes. Says Linge: “So from then on we were sliding around on regular M&S tyres." And that meant a big loss of time. The result, however, was just as surprising as it was outstanding, the team finishing fifth overall in the Porsche 911's very first race. Böhringer/Wütherich in their 904 came in second, and the only really good news for the Scandinavians was that one of their own drivers ultimately won the Rally: Timo Mäkinen/Paul Easter in a Mini Cooper S.

Linge/Falk thus paved the way for further entries of the Porsche 911 in the Monte Carlo Rally, Elford/Stone winning in 1968 and Waldegård/Helmer in 1969 and 1970, in each case driving a works-entered 911. Years later, in 1978, Nicolas/Lavergne then scored yet another triumph for the 911 in their private entry in the world's most famous rally. 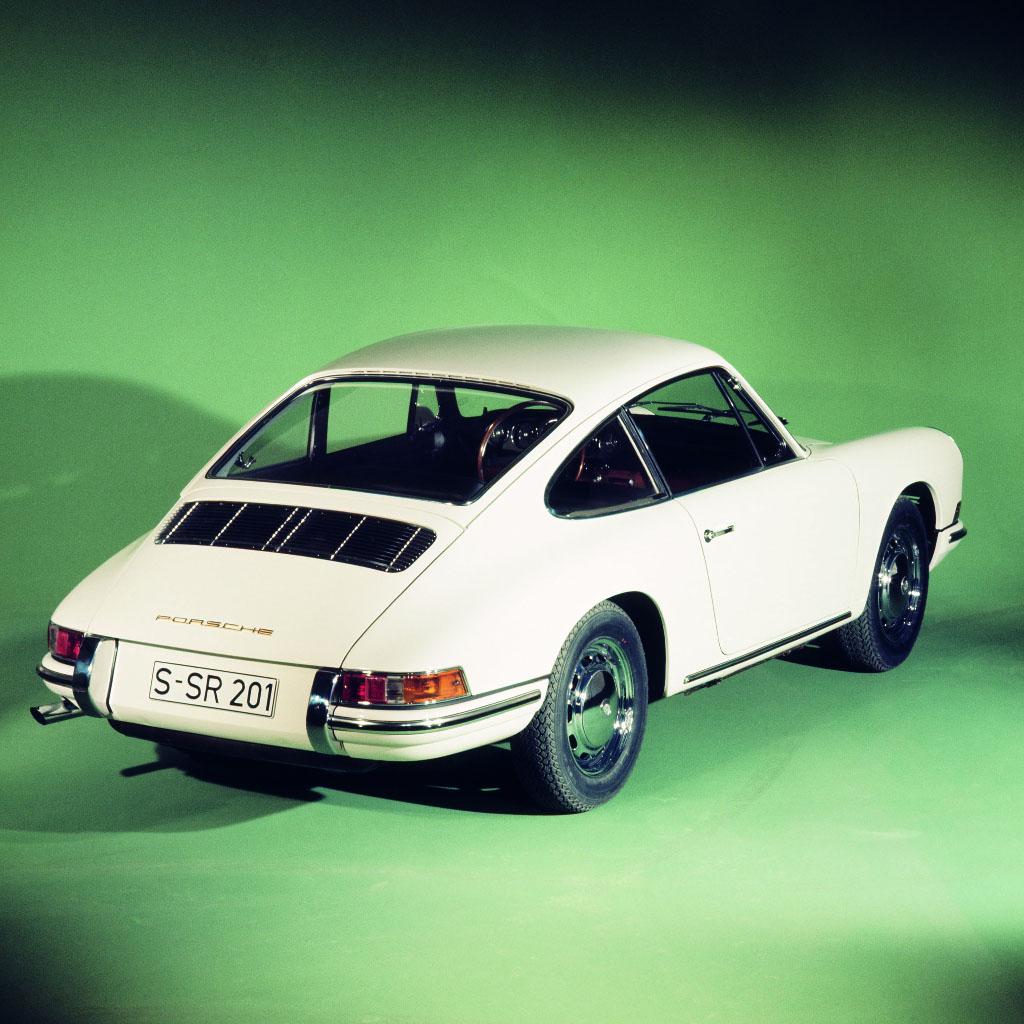